A New Beginning – What You Missed This Afternoon

Today was a day that really made me smile.  It was the first Friday ride of the 2012-2013 school year, and to be honest, I had no idea what to expect.  Besides the usual cast and characters: Sam, Dan, Christine, Harry, and Noah, the team had some new faces to meet and greet on the ride today.  I have really been missing the seniors who graduated last year, but today was a giant step toward making me feel much better.  I would to extend a big thank you to Anna, Sara, Eric, and Christian for coming out and joining us today.  They got to put up with Lazer’s antics, they marveled at Sam’s Rio-ready physique, and they were most likely overwhelmed by Harry’s never-ending pro-ness.  I hope to see those four on many more rides soon…they all kicked butt, especially Christian and Sara.  Both of them didn’t have road bikes.  Below is the shot of my inaugural Friday ride as President.  Photo cred to Lazer for taking this.  (He has become the new Tino by the way…he’s winning all the sprints, and celebrating with gorilla grunts following each victory). 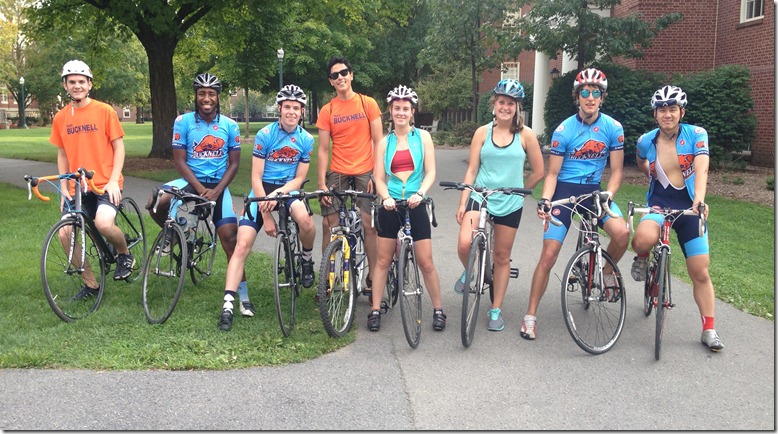