Welcome back readers, fat bums who need to ride more, parents, alumni, current Bucknell riders, friends of BU cycling, and stray google searchers looking for information on how to lube their bicycle chains…it’s the 2013 ECCC RACE SEASON!!! What better way to kick it off, than with a killer blog post. Enjoy!

This year the caserace has many other obligations that he needs to attend to. One of these tasks seems to be to keep the team from running head first into the ground (kidding). So, thankfully, this week I have enlisted the help of one of our shining new freshman ladies – Sara “Supp” or “we want to call her Kelly because we miss Kelly” Chuirazzi. She did a fantastic job in capturing the opening weekend of the season, so what are you waiting for? Turning it over to Sara. Get reading! 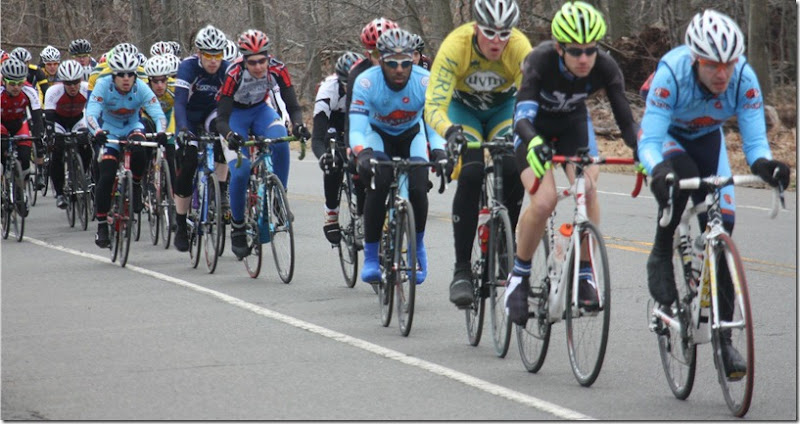 PS – photos have been hard to come by for the non-men’s B riders.  I will be updating the post when more become available…(I still need to obtain Papa K’s pictures from the weekend).  Both of our girls are currently neglected from any riding shots below…which is very sad…but it will be fixed!!

Take it from here Miss Sara!!!

The Frozen Toed Season Opener at Rutgers this past weekend officially marked the beginning of the 2013 cycling race season! After a hilarious (and slightly pathetic) dinner at Perkins on Friday night, the team faced a five AM wake up call on Saturday morning and headed to the park for the 2.2 mile individual time trial. Lazer came in fifth place in the men’s B category, scoring the team 26 points, and Eric came in third in men’s D2, scoring another eleven points for the baby blues.

Former president Tino joined us on Saturday, which was really fun. He added a lot to our day, and I could tell that everyone (especially President Case!) was happy to have him there to provide wisdom from years past...don’t worry folks, his wrinkles haven’t started showing yet!

We then headed to the Rutgers Livingston campus for the criterium. Lazer crushed it again, coming in ninth place and scoring another 11 points. Harry, Sam, and Case all hung with the pack, placed in the top 25, and did a really awesome job of representing the team in men’s B. It was an exciting race to watch, and thankfully, our boys avoided the two crashes that happened toward the end of the race. Max and Eric represented Bucknell in men’s D nicely. Eric came in third place in his real first collegiate race, which was really great! He scored the team eleven points, and we were all really proud of him. He’s hoping to upgrade to C’s sometime early in this season.

Audrey and I attended a clinic before our women’s intro race, and were relieved to find that a lot of girls there were first time racers, despite Sam’s attempts to get us to act tough and serious when we encountered some Yale girls in the hotel! We learned some basic safety information and practiced some turning and maneuvering drills before setting out on our own. We didn’t finish last, so that’s a victory, right?!

Harry’s dad was nice enough to treat us all to dinner at Olive Garden, and our coach Phil Cable was able to join and discuss strategy with us after being there for a full day of racing. Dinner was followed by an 8:30 bedtime for Max, Harry, Dan, and Eric and a little bit of Castaway in the other room (I guess I’m not very cultured, as I had never seen that movie before, but Case was adamant about it’s awesomeness).

On Sunday morning, we got to sleep in a whopping hour later, and then we headed to the circuit course. The word “hill” is enough to make my stomach drop and my heart race, but I was confident in our team’s ability to hold our own out there and after Saturday’s excitement, I was especially looking forward to seeing how the guys did for a second day!

Max’s bike gave him some technical difficulties, unfortunately, but Eric was able to finish tenth. The men’s B race was so intense and really exciting to watch! Lazer was looking really strong throughout the entire race, leading the pack for a large majority of the time. Sam played it cool in the back, sneaking in for a final attack around the second to last lap. It was a bummer that he got boxed in and Lazer got a flat tire (really, biking gods?!) when they were both in such good positions to finish at the top, but luckily they came out of it with optimistic goals for the season. Case hung in with the pack the entire time, which was awesome.  He finished 12th, with Sam in 8th.  Harry finished strong, too! 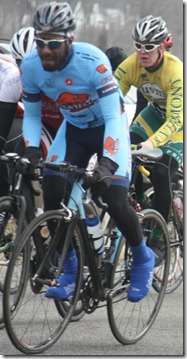 The Bucknell ladies worked together pretty well during the women’s intro race. Audrey led me up that hill more than once--she is a beast on climbs, even in her tennis shoes and cages! We stayed together until the very end...when it suddenly occurred to me that “race” means go as fast as you can, and I completely took off with all of my remaining energy. Needless to say, I need some help in the strategy department of cycling, as I totally should’ve stayed close so that she could ride my wheel home (...or something like that, that Case was quick to point out, but laugh off). Sorry, Audrey! We still finished right in a row, and it was really cool to race alongside my teammate for the first time.

The car ride home was full of snoozes for the freshmen, DJ Case trying to find some 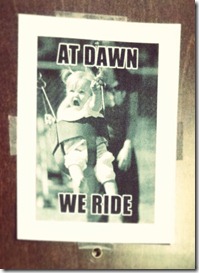 decent tunes (that ended with him mimicking a goat during one of T-Swift’s songs) and speeding along the wide open roads, and a couple of interesting moves from the “party” van (cough, cough, HARRY!). During a quick a Wawa stop, Dan bought a half gallon of iced tea and some steak nugget jerky which is apparently the snack of champions, and then we zoomed back to Lewisburg.

I would definitely say that one of my better discoveries of the weekend is the fact that Brian’s “pain face,” as Tino informed me it was, actually appears like he’s genuinely happy, almost laughing. Even if he was in pain and cursing his bike the entire time, it made the race more enjoyable to watch when I pretended that he was happy! Papa K’s mastery of the burrito blanket roll and Tino’s nifty idea to use the seat from the minivan as a spectating chair were among other things that I found made these cyclists (past and present!) oh-so-pro. Oh, and Dan’s multiple sunglass lens options made him pretty Euro pro, which I know is important, because he insists that victory partially stems from looking good.

Overall, I this weekend was a great first experience for Eric, Audrey, and I and a superb start to the season for our veterans! The team dynamic provides lots of laughs, even after hours in the hauling van together. The Bucknell cycling team already has lots to smile about and look forward to, and we’re only one race into the 2013 season! – Supp

Complete Men’s D2 circuit Race with Eric Wengert in many of the shots – pretty cool!

Now stop what you are doing.  President Case would like to direct your attention to the following programing:  Audrey Love…you can take it from here my friend.  Until next week at Columbia, this is the Bucknell Cycling Team – saying goodbye for now.

On to NEW YORK CITY BABY!