Hello!  Welcome back to the Bucknell Cycling blog!  I (caserace) have been on a bit of a hiatus lately (when it comes to blog posts), haha, about 8 months in fact, so sit back and enjoy this special treat – its gonna be a doozy. 2013 Recap: Since I stopped blogging at week 4 of last season, you all missed out on events from the next 5 weeks of racing.  I’ll quickly try to sum them up.  In the men’s A category, Daniel Lazier and Sam Cowans comprised the top end of Bucknell Cycling.  Both riders had numerous top-10 finishes, shining most brightly on epic road race courses—including solid results at Shippensburg, Army, and Penn State.  In men’s B, the most notable discussion would have to surround the senior-year explosion of Sir Harry Chen.  Harry finished his career as a Bison ripping off a win at Navy’s criterium, and top-five finishes in the Shippensburg criterium, the Army road race, and the Army criterium.  These results added to his early season second place finish, earned in the snow-filled circuit race at the Philly Phlyer.  Harry earned a much deserved upgrade to men’s A for the final weekend of the year at State College, and was the lone Bucknell finisher in the frat row criterium—with a crushing top 10, in his first, and last, weekend in As.  With all due respect to the guy named Jeffrey Salvitti, Harry is without-a-doubt the suavest rider in Bucknell history.  The hair and charisma speak for themselves.  We wish HC all the best!  All three riders—Dan, Sam, and Harry, earned bids to the Collegiate National Road Championships in Ogden, Utah.  I finished out the year in Bs, peaking at the Shippensburg weekend, where I posted solid top-tens in both the road race and criterium.  From there, average finishes at Army, and a mad infection of pink-eye at Penn State, brought a slower end to my season.  Appearances from Miguel, Tom, and Abbott (racing men’s D), as well as Zander (who races men’s C) were also notable in the second half of the year.

The 2013 race team could be summed-up as “small and fast.”  And while there is nothing wrong with that, one of our big goals heading into 2014 will be to carry the attendance of casual racers through the end of the season.  The prospects are looking good, thanks to the new class of 2017.

The Class of 2017: This fall, the team has been invigorated, and with the incoming class of 2017—Bucknell Cycling looks to be a sustainable entity for the foreseeable future.  The new class is highlighted by top “recruit,” Alex “Keith Stone” Breakstone.  Alex is a 165 pound physical-specimen, seen below in the picture to the left, who can time trail, sprint, and also climb (a lot better than I can).  Hailing from the New Jersey based development organization that produced Harry, the Colavita junior racing team, Alex has a bright future in the baby blue, and we are expecting big things during the road season.

During the first week of school, out of the woods, popped 2 mountain biking enthusiasts: Ward “SquidWARD” Prescott, and Erim “Mountain Man” Yildirir.  Ward hails from Virginia, and has already produced a top-ten ECCC finish this fall in the Penn State cross-country mountain bike race, where he and Breakstone competed during parents weekend.  Erim adds 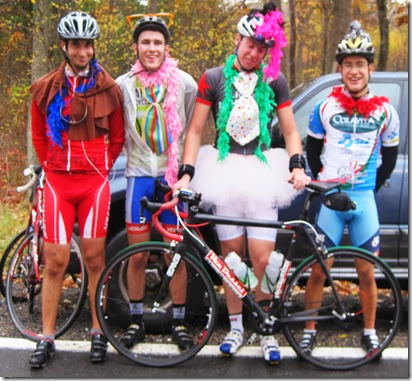 international flavor to the team, as a exchange student from Turkey, Mountain Man has quickly established himself as a very funny individual.  He completed his first Milton TNR on a mountain bike, and will be counted upon as a team-workhorse this spring.  The third member of the presumed first-year men’s C squad, is Steven Robare.  A frequent Ward training partner, Steven possesses leg muscles that no-one else has.  Early in the fall, he could already be observed glued to the back of Sam Cowans’ wheel, at speeds well in excess of 30 miles an hour, cruising down route 405.  Proposed nicknames include “Mash,” “Smash,” and “Tugboat Jr,” –so its clear that Steven means business.  Best of all, he always has a giant smile on his face.  I would be remised if I didn’t also mention David Schell.  A early rowing-convert, David has been unable to ride with the team due to a road bike shortage.  He has done very well on a few Tuesday hill rides, just using his hybrid.  We hope to see David at some races this spring too.

Last, but certainly not least, would be our sole female recruit—Dominique “Dominator” Ruszala.  I first met Dominique as her Buckwild pre-orientation trip leader this August, and it was soon clear to me what a cool kid she is.  She spent much of her high school years competing across the country in a marching band, so she plays quite an obnoxious number of instruments.  Dominique has been a staple of the weekly Friday ride crew, and has expressed a super-awesome attitude in possibly trying racing this spring.  She definitely brings  a unique perspective and sense of humor, and has been another fantastic addition to the team.

The fall is always a time for lazy rides and becoming overweight (as I look down right now, I can surely tell you this is true).  BUT, its also a really incredible time to ride, because the new members are so wide-eyed and excited, and it is really  nice to show them around our beautiful countryside.  The trees slowly change color, and many rides pass with everyone trying desperately to catch the falling leaves, without crashing of course!  Sam Cowans ran away with the leaf catching competition this year, hauling in 5 I think? …to make up for his violent crash last spring, when while extending for a leaf, he “forgot he was riding.”  The fall is best displayed in pictures, so have a look at some of the shots that I (and others) have captured over the past few months!! 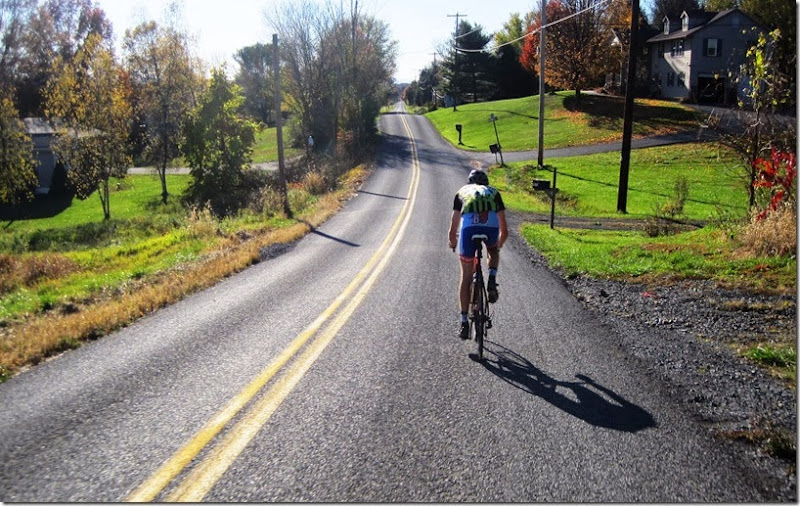 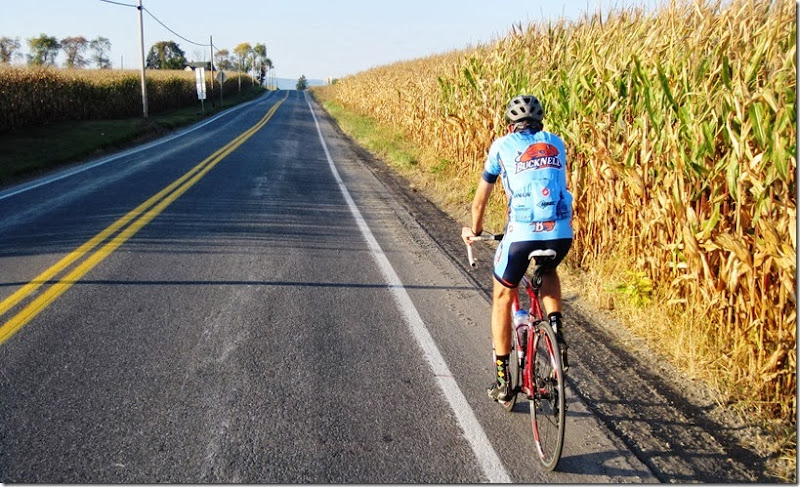 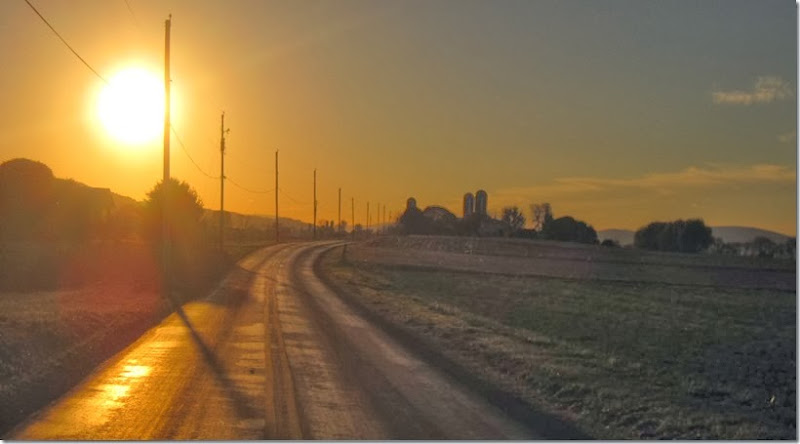 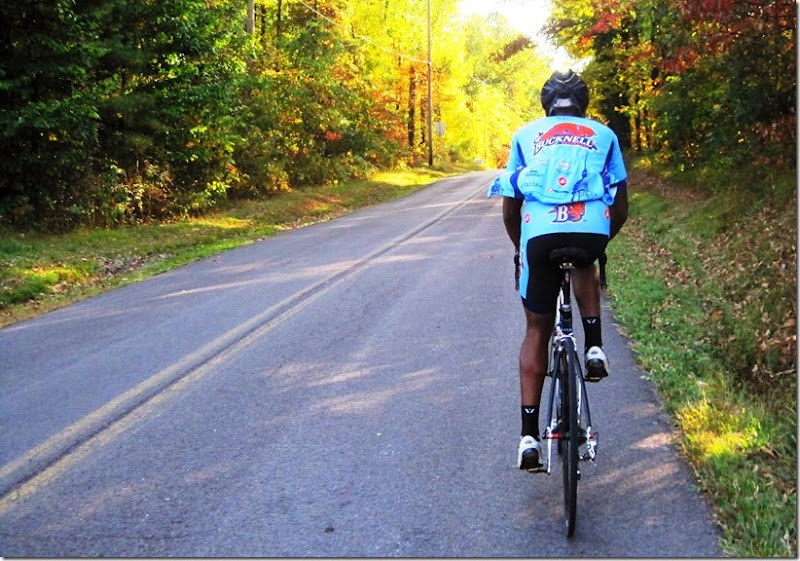 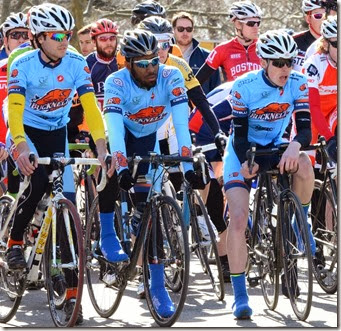 If we do this right, the 2014 road season could be a coming-out party for Bucknell Cycling.  Us current riders always hear about the yester-years of glory, now 5 to 6 years ago, when the team was huge and fast, with lots of girls!  The six individuals that I mentioned above, are the strongest class of riders that we could have ever asked for.  And when combined with the foundation that we already have, the hauling van should be a lot fuller this spring, which is sure to make Papa K smile.

We once again welcome back Phil Cable, our coach for the past two years, and we are super excited about that too.  If you’re bored, Google his name, there is a super cool picture of Phil attacking off the front of a Tyler Hamilton led peloton in the 1996 US Pro Championships.  We had our first training session with him for the year just a few weeks ago, where Phil had the whole team weaving through cones, jumping over blocks of wood, doing figure-eights inside a parking space (try it!) picking up water bottles, and hammering around the Lambda crit in the new part of campus.  And that was just the morning!  Phil will be an invaluable asset this spring with so many fast (but perhaps inexperienced) new riders.

The roster for the upcoming season is as follows, making educated guesses on potential categories.  I went back and forth about whether I should lay everyone out in this post, and decided to, because I think it really shows the promise of our upcoming year.  Not everyone below will be racing every weekend, or even more than once for that matter, but the best part of this team, is that there is something for everyone—and I think our vast array of ability levels really plays tribute to that.  Nothing expresses this sentiment more, than a blog post that was written by Sara Chuirazzi last March after her first race.  You can read it here, located on her personal “Magical Musings” blog…which I have to say, is pretty cool in-itself.

See you all back here in the Spring…if not sooner for some winter training updates! 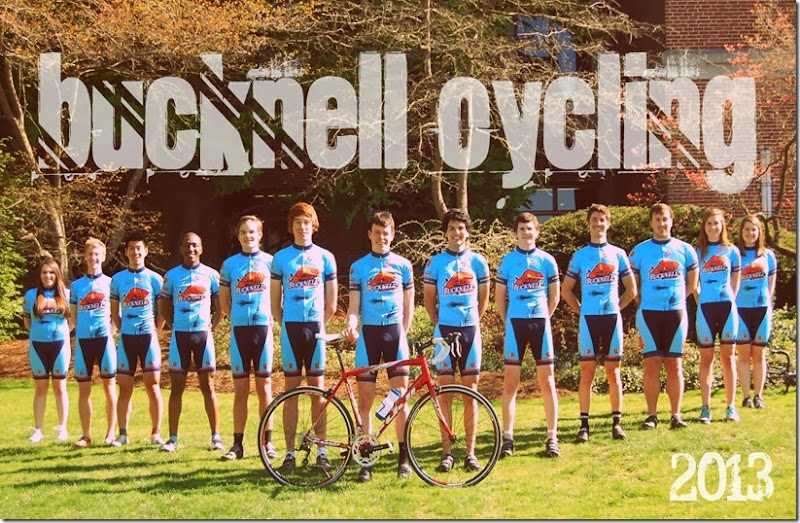