Day 3 of Cycling Camp: The Meat and Potatoes

Today Ross, Harry, and I started out the day (again) with an espresso, egg, and bacon breakfast.  The mood was considerably more serious as we feasted this morning.  This was because we were to ride Angeles Crest, the mountain road that I live off of that climbs for over 40 miles through the San Gabriel Mountain Range.  Every year of the Tour of California features a climb on this range, so these mountains are pretty serious. 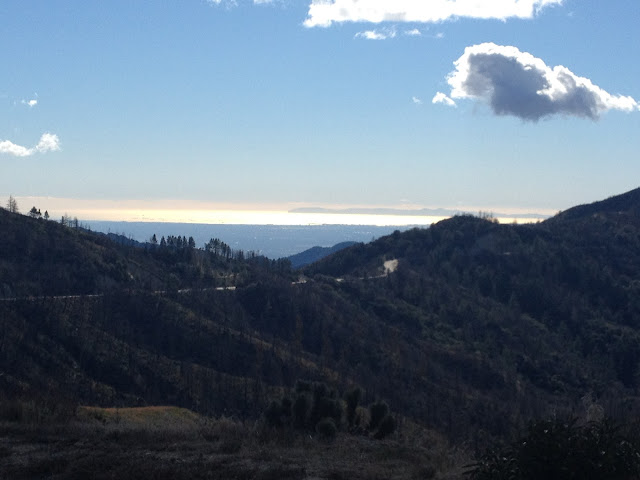 After breakfast we kitted up and hit the long road ahead of us.  We rode at a steady pace the whole way up and took a couple of snapshots along the way.  There is an isolated restaurant/bar about 26 miles up the road called Newcomb's Ranch.  We stopped there to refill our bottles and Ross got a healthy snack of coffee and jalapeño chips.  At this point we split up a little bit.  Ross and I headed further up the road to get to a ski resort called Mount Waterman while Harry opted to hang around the area of the restaurant (he liked the biker vibe there). 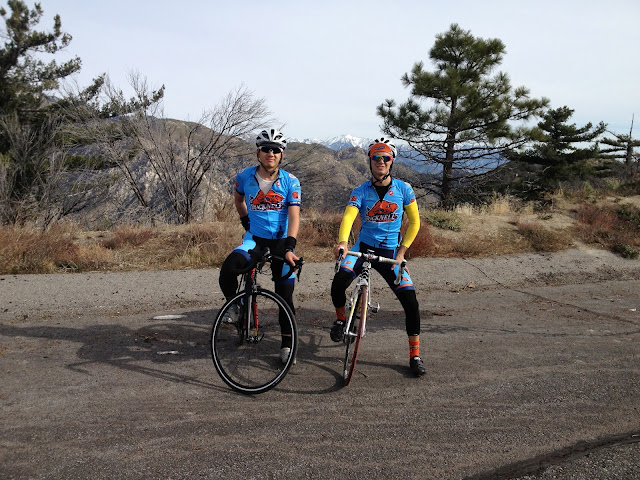 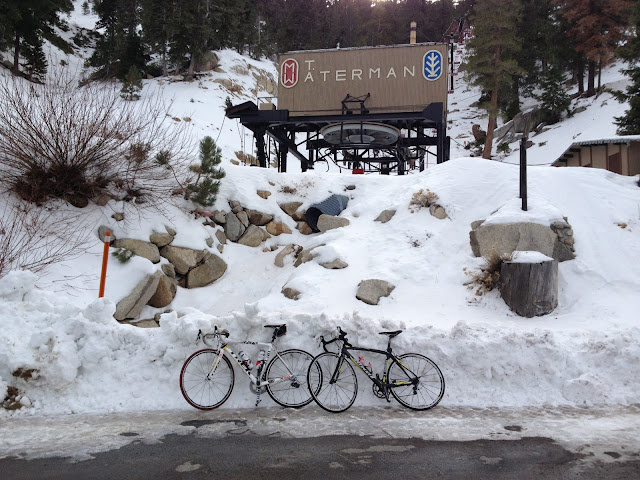 We turned around at the ski resort and descended back home with a couple more climbs peppered in.  As we were descending, Harrison "Croissant" Chen ran over a sharp rock in the road and got a flat.  He swapped out the tube with European professional swiftness and we were shortly back on our way. 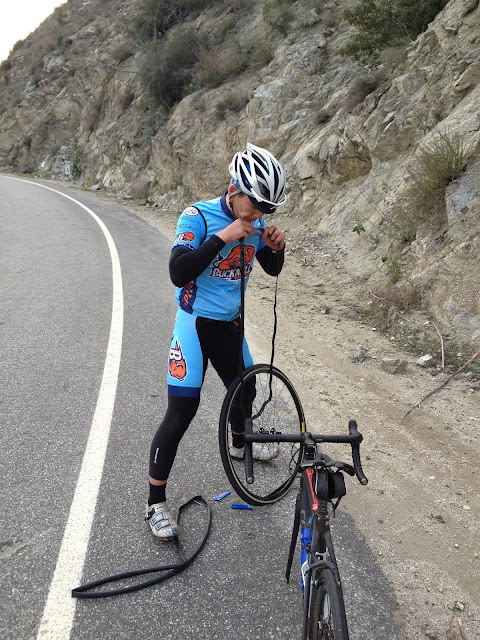 There was then just one more thing to do.  Ross wanted to claim a Strava segment on the West Coast before leaving and he picked an absolutely leg breaking 15% two-mile incline near my house as the target.  Confident in his abilities, he elected to go after it at the end of our already brutal day in the saddle.  I decided to tag along, hoping to pace him up for at least part of the the way and assist in any way I could (I personally do not do Strava so I had no real interest at stake).  As it turned out, Ross had a more ambitious pace in mind than I did.  As opposed to gradually rolling into the hill, Ross took off from the line like a bat out of hell.  I depleted what was left of my tank to get up with him and cover his wheel.  Once we hit the steep part I had to pull off, allowing Ross to launch into his bone-crushing 9 mph tempo up the 15% slope, completely out-classing me in the process.  I suffered heavily as I continued to grind along at roughly crawling pace.  Ross destroyed the old KOM average speed of 10.5 mph quite handily with an average speed of 12.6 mph.  He inadvertently took two other KOMs that were shorter sections within the segment he was after.  At the end of the day, we totaled 70 miles with 9100 ft. of climb.  Follow Ross on Strava to take a closer look at what we did today (and see how beastly that last segment was).

We were all thrashed from the ride so we decided to soak our legs in the jacuzzi and treat ourselves to roughly 100 lbs of Chinese food.  Pretty solid day at base camp. 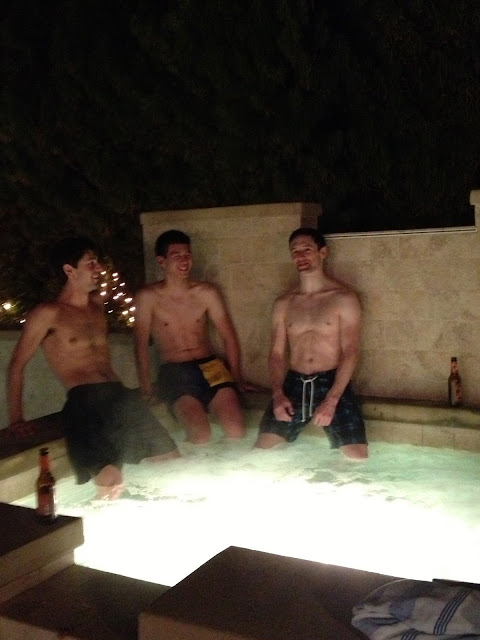