This morning when Tino, Harry, Dan Wood, and I got up for Saturday ride…mother nature definitely decided to join us.  To put it plainly, the wind and snow was so insane this morning, I looked down at my speedometer at one point, and we were moving at 9mph going downhill.  The crazy winds made it feel like we were riding directly i 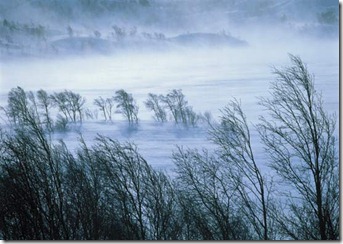 nto a brick wall, while the snow came in from every direction.  Some of the crosswinds had us all wobbling back and forth trying not to fall over.  I guess one could say: Bucknell Cycling – “bringing you the smoothest legs and the toughest bodies on campus.”

After a hour or so, I will admit, the dramatic scene got much better.  The winds and snow died down, and the four of us settled in for a nice 50 mile ride of TNR.  After twenty or so miles heading against the wind, we looped back around for home, and found ourselves whizzing along at 30mph with the wind now at our back.  The sprints along the way were fast and highly contested.  As a freshman, on some of the rides, I don’t always know where the sprints are.  A few times Dan, Tino, and Harry would put the hammer down, leaving me in the dust with no idea a sprint was even imminent.  But hey, I guess that’s the way it goes.  Live and learn…….and get snowed on.

Have a great Saturday everyone…this time next week, the season will already be underway!  How exciting.  By the way, the picture is for dramatic effect, that isn't actually a picture of what we rode through. – CaseRace