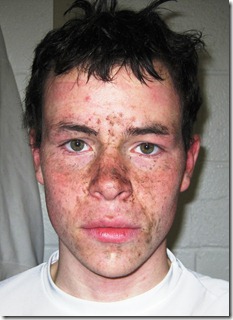 I woke up this morning at 9:45 to the blaring of my alarm.  It was then that I contemplated skipping Saturday ride, scheduled to leave the DHLC just 15 minutes later.  My legs ached intensely, my head hurt, and I new it was going to snow today—not exactly ideal conditions for a easy stroll through the park.  Nevertheless, I found myself subconsciously walking to the bathroom, with two water bottles in hand.  My brain was commanding me to ride today, whether I liked it or not.

5 minutes into the ride…snow!  The fantastic four: Tino, Kelly, Harry, and I, were going for an adventure…into a world of mud, ice, and cold.  About ten miles in, the president decided that climbing a dirt road in the snow would be a good idea.  Concerns about this plan were voiced, and then immediately brushed aside.  Up the snowy road we went.  Harry, known to the team as a consummate off-roader, flew up the climb alongside Tino, followed closely behind by Kelly and I.  We returned home to Lewisburg after two more hours of riding, thoroughly dirty.

Above, I thought it would be fun to re-create a shot similar to those taken of professionals after their riding of the mud-filled spring classic Paris-Roubaix in France.  Clearly, no smiling is allowed in such shots.  Cycling is a serious sport :) – CaseRace 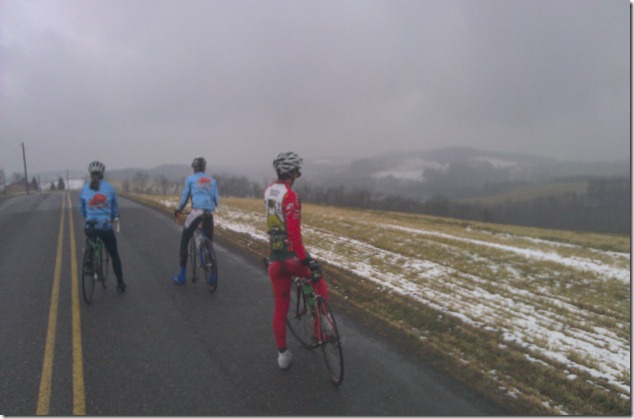