“I hate when I accidentally carbo-load” 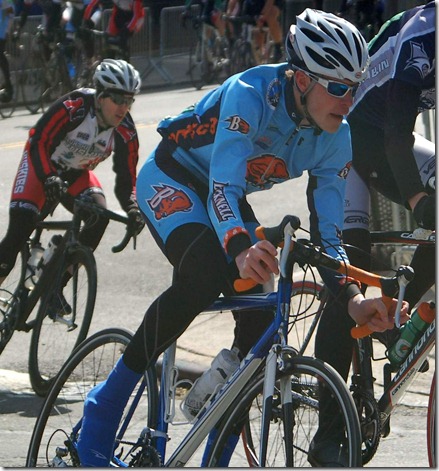 The sophomore weekend of the 2012 ECCC season saw the Bucknell Cycling Team visiting Grant’s Tomb in New York City on Saturday for a thrilling criterium, and then New Jersey on Sunday for the Stevens’ road race.

The Friday drive to NYC was characterized by massive traffic jams and many unexpected detours through small NJ towns.  Even a sign reading “apple pie special – $2.50” was unable to stop the determined Bucknell cyclists from pressing on to our eventual destination.  A delicious pasta dinner was served at Billy’s apartment upon our late arrival, prompting Harry to forgo his fear of pre-race carbohydrates, and chow down for some quality “accidental carbo-loading.” 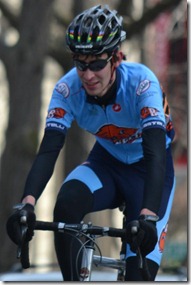 This year the criterium course was changed from its usual oval-shape, to include an extra side section and a small punchy climb.  In the D race, Billy kicked off the weekend and rode well for his first race of the season—showing off his new rainbow-striped black specialized helmet.  In the C race, I was alone this week, with Dan LazerBeam already back in California.  I have to say it was one of the most exciting races I have ever participated in.  Some strong cornering allowed me to avoid at least 4 crashes that severely hampered the 50 man combined C field. I placed 10th overall at the finish—4th among division 2 riders.

In the B race, Harry and Tino navigated the field well throughout the race, sticking with the lead pack and placing next to each other in 21st and 23rd place.  Despite feeling sick the entire weekend, Sam stuck with the main pack for around 25 minutes of the 65 minute men’s A race.  Check out some pictures of Sam, Tino, and Harry: 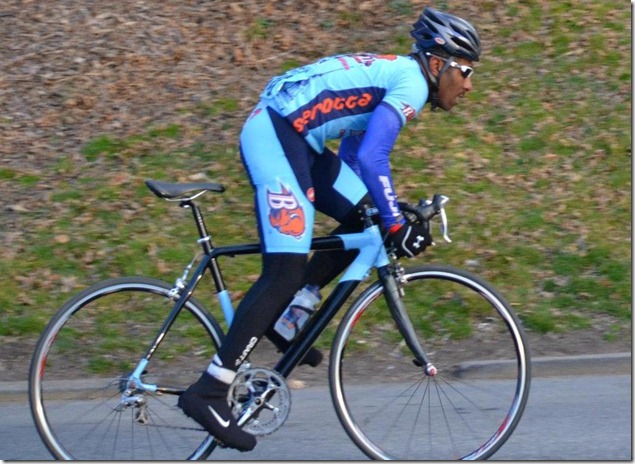 In the women’s A/B crit, Kelly fought for 50 minutes to stay with MIT’s Katie Quinn, and succeeded.  In the end, she sprinted to a 3rd place finish ahead of Quinn.  At the conclusion of the weekend, Kelly’s hard work would find her on top of the ECCC female point standings.  She will be the first Bucknell lady to wear the yellow jersey next weekend.  Well deserved Kelly!!  Check out some pictures of Kelly from Saturday’s criterium.

In the road race on Sunday, Billy had a much stronger day in the men’s D field, coming in just outside of the points in 11th place.  I did alright on Sunday, placing 6th in the C2 field.  Brian and Harry once again stuck with the main pack right to the finish.  Encouraged by my loud and rambunctious screaming up the final climb, Tino sprinted in for a strong 17th while Harry came in just behind.  Kelly anchored her lead in the women’s A/B points standings with a fourth place finish despite loosing her water bottle early on in the race.  Sam, still sick from the days before, had a gutty performance and fought through some difficulty to put in two hard laps with the men’s A field.

That’s it for this weekend.  Philadelphia is coming up in just a few days, and Bucknell will have its golden girl in YELLOW!!!!!  If you aren’t excited about that, then “perhaps you should re-evaluate yourself.”  Sorry for all the inside jokes, and Harry, thanks for being such a good sport.  Check out the facebook page for a full slate of pictures from this weekend.  Thanks to Jess, Mr. Tino, and others for the great photography.  - CaseRace 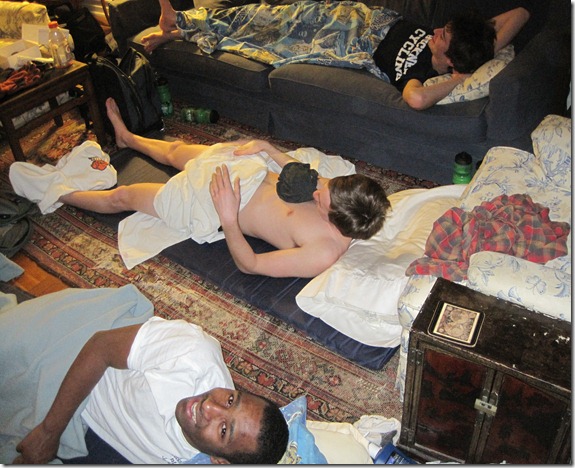