Welcome to the PAIN CAVE 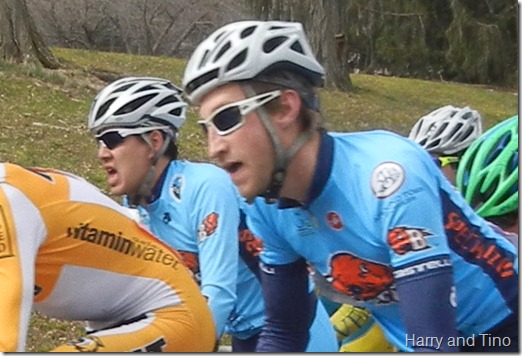 This weekend at Rutgers marked the beginning of the race season, and of my collegiate cycling career, so without further ado, lets get right to the racing! 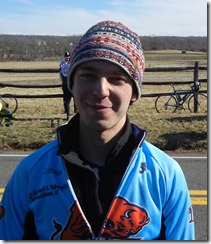 The weekend started off at four in the morning on Saturday, after a fabulous dinner and night’s rest at the Erlich’s house the night before.  The first event was the individual time trial, starting with Max and the D’s at 7AM.  The relatively flat 2.2 mile course saw Dan LazerBeam taking 9th place in the C2 field, and Kelly taking home 4th in women’s A.  Everyone rode strong, but the general consensus after this raining morning, was that the ITT was somewhat lame…so it was on to some real racing…the ROAD RACE!

The Rutgers road race this year was no joke.  A thirteen mile loop with a substantial climb right off the 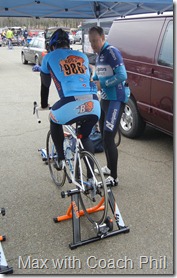 bat, the course was exciting and very fast.  Most of the fields were strung out in snaking single-file groups as the riders navigated through the tree-covered winding turns and descents. Dan and I started off in the C’s with a 40 mile race.  Tino and Harry in the B’s, along with Kelly in the women’s field did 52 miles, while Sam and the A’s did 65 miles to start off the year.

The D Race – The hectic D race started off with a massive crash that put much of the field out of the race immediately.  Max avoided the trouble however, and put in a solid effort to finish off his two laps of the course.

The C2 Race – A huge selection occurred immediately on the first trip up the large and gradual climb of the course.  Dan and I established ourselves in a select group of 8 who would stay clear of the field for the remainder of the race.  On the third lap, about thirty miles in, five riders, including Dan, broke off from the lead group of 8 on the climb, and would hold their gap for the remaining ten miles.  At the finish, Dan picked up 3rd place overall in the sprint.  I followed three minutes behind in a group of 3 and beat the other two riders to the line to place 6th on the day.  It was a solid first outing for the dynamic C duo of LazerBeam and CaseRace. 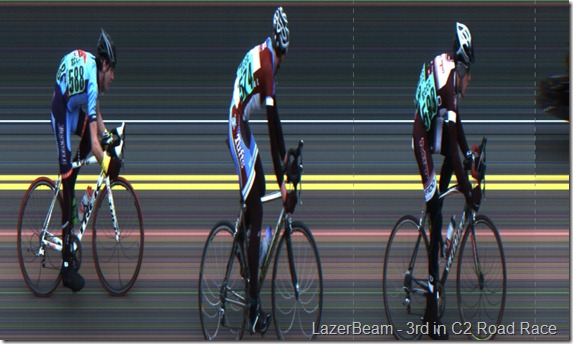 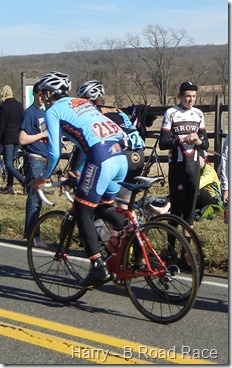 The B Race – A huge crash on the first lap of the B race unfortunately put Harry and Tino out of contention as they had to wait for the wreckage to clear.  After chasing the main group back, they were too exhausted to hold the pace and eventually called it quits.  They both chalked it up to an unlucky day, and looked forward to Sunday’s criterium.

The A Race – Sam rode hard in the road race on Saturday and got his first taste of big-time A racing.  He was dropped early on but battled hard on both Saturday and Sunday.  I know Sam could wipe the floor with me just about every day of the week, so I have a lot of respect for the effort he put out throughout the weekend.  A few more miles under his belt, and Sam will be right up there in the A field in no time at all.

Women’s A – Kelly rode well despite having to do most of the work chasing her competitors back all weekend long.  No one gives her any help, but she persevered to finish in the second group on the road on Saturday, placing 4th in the women’s A/B field. 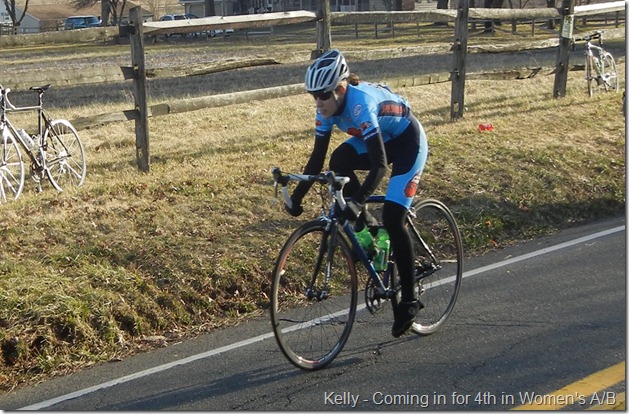 The Rutgers crit course was akin to a hill repeat session.  With a substantial climb on the back side, a decent down to the finish on the front side, this was one of the most unique crit setups I have ever seen.  All around, it was a solid day for everyone…and allowed the B men to redeem themselves. 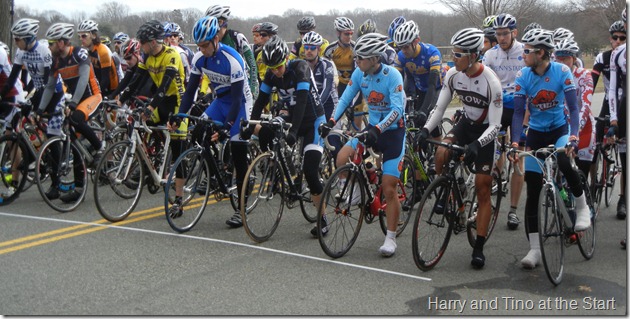 The C2 Crit – Other than a few small breaks that failed to gain any steam, Dan and I hung in the main field that stayed pretty much together for the entire race.  In the field sprint, Dan picked up 10th while I followed close behind in 12th.  In retrospect, we really should have tried to get away on the climb with about three to go…the race did not exactly play out as we planned.

The B Crit – Harry and Tino battled hard for forty five grueling minutes of the Sunday criterium.  Both finished placed in the twenties and rode with a lot of heart.  Check out the pictures:

The Women’s A/B Crit - Same story different day.  Again, Kelly was forced to do all of the chasing…and again, she finished a strong 4th in the crit.  Check some of the pictures I took, especially the one with her yacking it up and trash talking with the MIT rider as they go up the climb…funny stuff…

FINALLY…the Men’s A Crit – Sam turned himself inside out to stay with the pack for over half of the 65 minute race.  I have a lot of respect for his determination…check out some pictures of Sam: Well, that’s the weekend.  I don’t think I will ever make a post this large again, because it took about an hour…but for the first race, I think its worth it.

I had an awesome first collegiate race, and am looking forward to Columbia next weekend…until then, RAY BUCKNELL, and get out there and ride a bike! 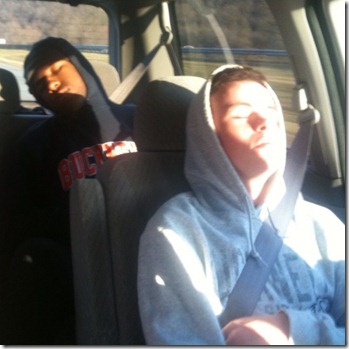