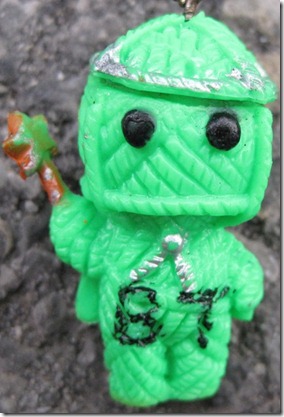 The fourth weekend of the 2012 ECCC season saw the Bucknell Cycling Team heading back to New Jersey for the Princeton weekend—or the “New Jersey Devil.”  Along for the epic journey was Kelly, Sam, Papa K, Voodoo Tino, and myself.  For those who had other obligations this past weekend, you know, studying and such, you all should know that Voodoo Tino is a new and important member of the Bucknell Cycling Team.  He originated from the brilliant mind of Papa K and his immediate frustration with a team hotel reservation 1 hour and 40 minutes away from the Saturday race course.  It was from this anger that Voodoo Tino was born—a raisin brained, green man, wearing a shiny silver headband and holding a silly looking star magic wand.  With these attributes clearly connecting Voodoo Tino with extreme likeness to President Tino himself, it all begs the question, is Voodoo Tino in some way a stray particle of President Tino’s mind, body, and soul?  I guess we shall find out…as we follow the journey of the team this weekend, with Voodoo Tino along for the ride.  <---- (That’s a pun…haha)

The trip to the hotel on Friday night was a ton of fun.  Stopping off in the legendary town of Stroudsburg, New Jersey, the team enjoyed a boat load of cheese and bread at a local Olive Garden.  Papa K was man enough to order man water along with his unlimited supply of coffee.  Void of ice cubes and lime, this water was destined to belong to a man as manly as Papa K.  The waitress supplied Kelly with a monstrous amount of cheese on our communal salad, and I myself engulfed seven breadsticks preventing me from physically being able to 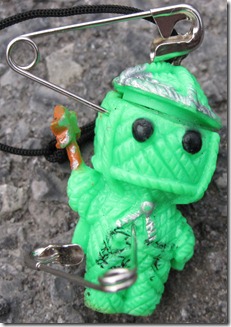 eat breakfast the next day.  Sam ate multiple spicy green peppers, and at one moment we feared he might have eaten Voodoo Tino by accident.  Fears were quelled however, when we walked outside and witnessed Voodoo Tino lying limp on the sidewalk. He looked rather sickly, and was obviously plagued by a severe headache and tummy ache due to the unfortunate placement of these safely pins.  Questions then arose, was Voodoo Tino’s physical state a representation of how President Tino’s weekend was going thus far?  Were the poor hotel accommodations made by President Tino inflicting pain on Voodoo Tino?  I guess only time would tell…

Saturday morning began early for me, around 2 in the morning at that…due to some unfortunate wheezing noises coming out of one Kelly DeSharkie’s nose.  Sound like some situational irony to anyone?!  Haha. The racing started later that morning after our long drive to the race course, where we met up with honorary team member Sheldon “we all know he wishes he was on Bucknell’s team” McKinley.  The road race featured a steep climb right from the outset, but was conveniently positioned at the beginning of the course, so I couldn’t use it to my advantage in the final sprint.  After a tough race in at C2 field, I came in a slightly disappointing 7th, even with Voodoo Tino there to cheer me on. 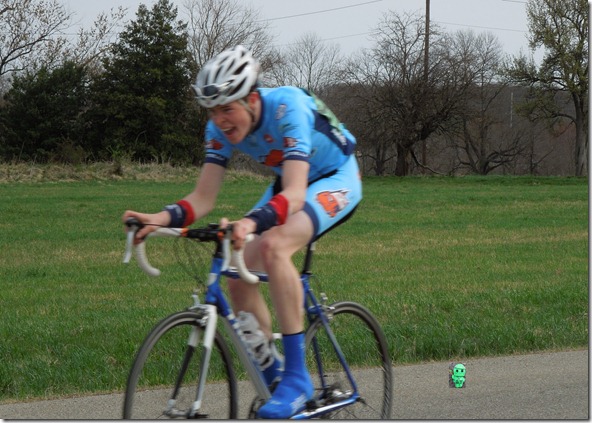 Kelly and Sam went out simultaneously in the Men’s B and women’s A/B road races. Kelly couldn’t go with the break, but controlled the main pack and finished second in the field sprint for 4th.  Check out this picture I got of Kelly coming up the climb.  Voodoo Tino however, positioned himself poorly, and ended up getting run over by Kelly’s wheel…ouch! 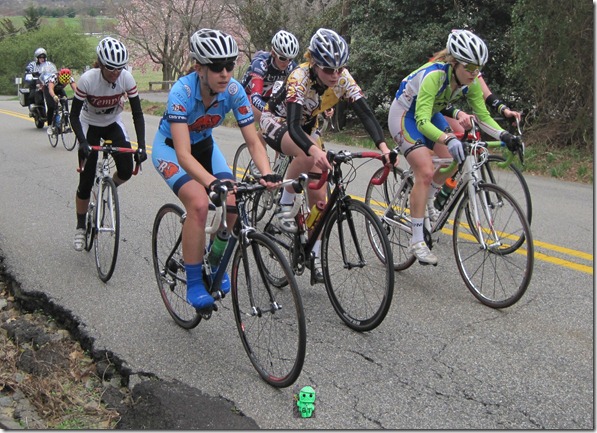 Sam had a tough race as well.  Yet, Voodoo Tino was there to cheer him on even as the pace accelerated immensely on the fourth trip up the climb.  Check out some pictures of Sam experiencing a trip through the pain cave: 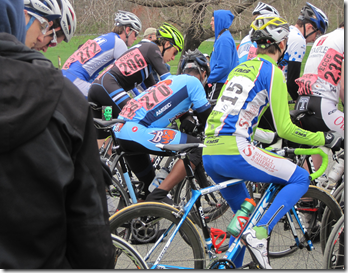 Sunday first brought an uphill time trial…of 4.5 miles.  Sam was smart and stayed back in the car with Voodoo Tino while Kelly and I froze our butts off climbing early in the morning.  I didn’t do as well as planned, and finished somewhere in the twenties, Kelly was in the thick of things as usual, finishing in the middle of the top ten.

The criterium was just a few miles away from the ITT and screamed to Sam as a perfect course to suit his strengths.  An almost pancake flat 1.5 mile course, Sam was back on Sunday afternoon!  Check out some pictures of him at the start, with Voodoo Tino perched atop his saddle.  Below, another featuring Sam bringing some serious hurt to the rest of the field…on the front!! 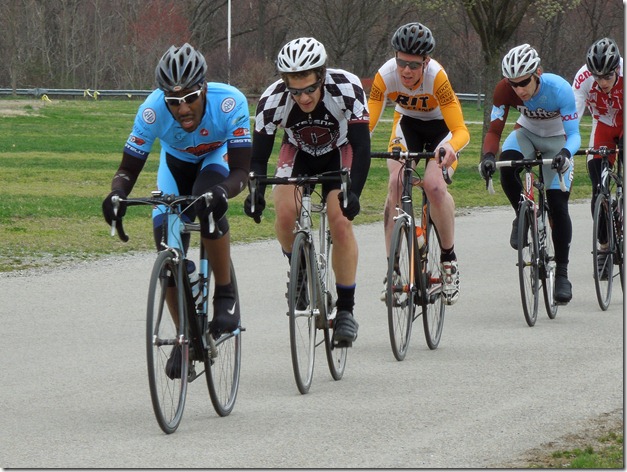 In my crit, the C field was combined, always an interesting dynamic, with people falling, crashing, and flipping over themselves at every turn.  The course didn’t really suit my strengths, and a slow and lethargic pack of almost 50 really didn’t break up at all.  I came in for 15th in the combined field at the finish.

In Kelly’s race, the tired women elite were unable to establish any break in the field due to the flat nature of the course, and the fact that a few of the girls had previously just raced with Sam in the men’s B race.  Kelly moved around and commanded attention as usual as one of the top girls in the ECCC.  She finished a modest 7th at the finish, mostly because Voodoo Tino had gotten stuck in her cassette!  Highly unfortunate. 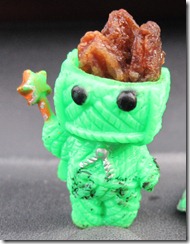 In the end, the crew returned home only to find President Tino high on his horse following what seemed to be an awesome weekend at House Party with friends.  Next week, we will have the entire crew going to Penn State, for what looks to be a legendary weekend already in the making.  Voodoo Tino will be joining us as well, hopefully strapped to someone’s seat post during their race.  Until we meet again, enjoy a picture of Voodoo Tino’s raisin brain…and keep it classy Bucknell Cycling.  Cheers! 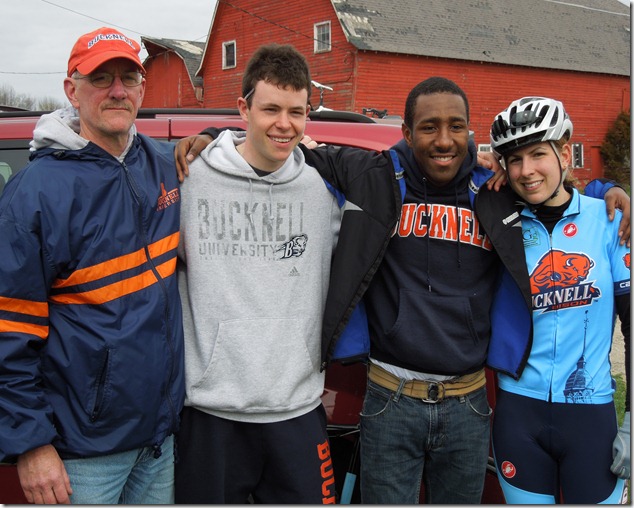